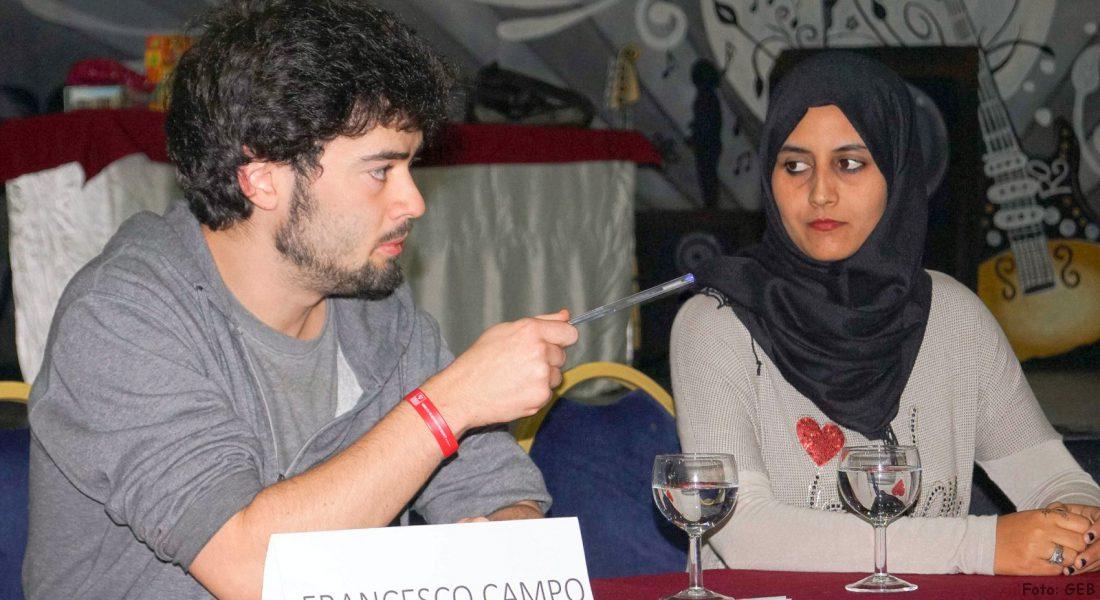 Making politics is something that youth workers usually do not learn in their education. However, youth work is always about the question of how to motivate young people to become politically involved. In the “Teaching Political Tools to Young People” training, youth workers from Tunisia and Germany as well as volunteers involved in youth work practice instruments of political participation and learn how to convey these tools to young people. They formulate political goals based on the Bavarian-Tunisian Action Plan and write letters to political foundations, ministers and politicians. They become acquainted with interview techniques so that their adolescents will later gain easier access as politicians’ interviewers. Following the federal program “Youth Debates”, you practice the structured debate and learn how to organize a workshop with young people. The training is based on the successful project “Are you really so political? – Are you really so apoltical? “, Which takes place annually since 2012. The training course is headed by Claus Sixt, political scientist M.A., former city councilor and former employee of the Bavarian state parliament. Another trainer is Verena Kuch, a member of the Bavarian state parliament. The Federal Foreign Office funded the project for the fifth time as part of the German-Tunisian Transformation Partnership. The Bavarian State Chancellery supported the project for the second time as part of the Bavarian-Tunisian Action Plan. Interviews on the project are published on www.interpolisweb.com. From February, the information and registration documents for 2018 projects will be available.