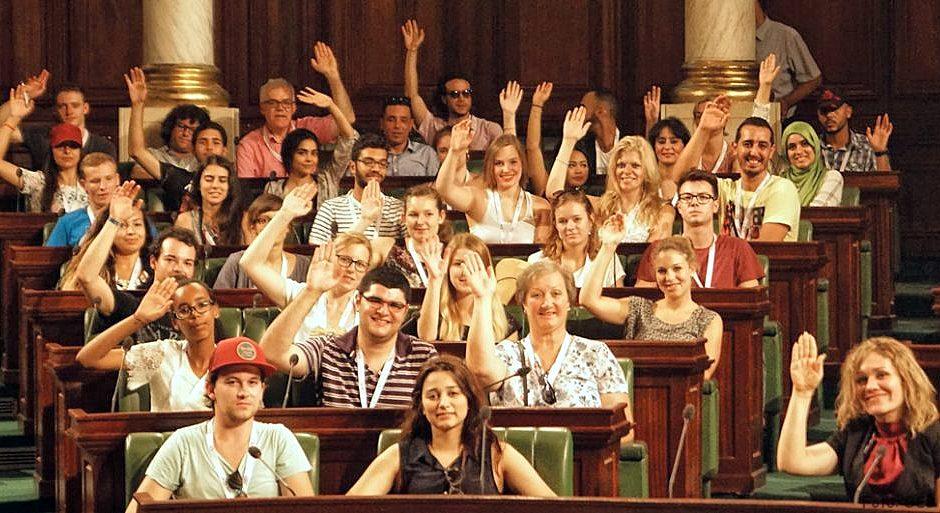 In the project, twenty young adults from Tunisia and Germany train political tools such as debating techniques, writing interviews and formulating political demands.

“I am now more motivated to get involved in politics”.

How to get more young people involved in politics? In the German-Tunisian project “Are you really so political? – Are you really so apolitical? “said 16 out of 19 participants in an anonymous written evaluation that they are now more motivated or substantially more motivated to get involved in politics. The first meeting of the German-Tunisian project took place at the end of July in Landshut and Munich. The higher level of motivation leads project manager and trainer Claus Sixt back to the participants in learning how to implement political goals most effectively. For this, the participants first identify political goals, formulate them and, in the final step, seek ways to enforce these goals. It also teaches how to put these goals in e-mails to politicians. In addition, the participants learn how to conduct interviews, ultimately how to get through an interview a quick access to a politician.

Promote democracy. Tunisian helps Bavarian commune.
The aim of the project is to support the democracy process in Tunisia. However, the Tunisian Lamis Aissa shows that things can also be reversed. She wants to found a youth parliament in her city and cooperate with the youth parliament in Landshut. As there is none, Lamis is now campaigning for the founding of a Landshut Youth Parliament, together with Lorenz Hörmann, a German participant.

Second meeting in November
In the second meeting in early November, participants will present their political initiatives, which they have advanced over the past three months. They also learn how to conduct a debate.

Tunisia, the Federation and Bavaria together